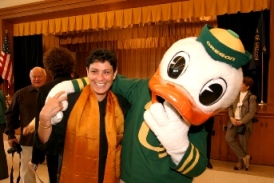 My research has been focused on reading Ming-Qing novels within their specific cultural and aesthetic contexts. Although my approach to late-imperial fiction is grounded in the intellectual and cultural context of the period and refers to traditional commentaries for immediate “reader response,” the questions I ask are largely informed by recent critical concerns, particularly in the area of gender theory. My first book, Competing Discourses, analyzes the shifting fictional representations of gender and sexual desire from within the context of the neo-Confucian discourse of self-cultivation and the late-Ming cult of qing (sentiment). I argue that a poetics of gender based on yinyang numerology is an essential structural element in many Ming-Qing novels.

I am now pursuing several linked projects concering ritual, expression of emotions, the body, and representation of self. I spent eight months in the Number One Historical Archives in Beijing collecting legal records of domestic violence. I am also looking at the various representations of filial piety in legal records, fiction, and autobiographical writings. As in my earlier work, my goal is to uncover how the self is represented in different discourses and to tease out the implications of various narrative cliches that continue to shape the cultural imaginary of contemporary China.

(Or, How to Read the Chinese Novel):

My goal, in both undergraduate and graduate teaching, is to emphasize critical reading and writing. Late-imperial Chinese novels are intricate narrative structures quite unlike the linear classic western novel. Whether introducing a contemporary film or obscure early text, I first situate it within its historical and literary context and then encourage students to ask how the text reproduces and/or resists the values dominant during that period. It does not take long to get beyond simple binaries to see how most texts weave together a complex pattern of voices and values. Whenever possible, I combine the study of aesthetics with larger thematic or theoretical questions. For example, in “Introduction to the Chinese Film,” we cover topics as diverse as twentieth-century Chinese history, film aesthetics (both Hollywood and experimental), Chinese iconography, as well as interpretive questions raised by the individual films. “Introduction to the Chinese Novel” combines detailed analyses of narrative aesthetics with lectures on the political, social, and intellectual context of the work in question. To the greatest degree possible, I try to organize class discussions and lectures around questions and interests generated by students. Grading is based on class participation, weekly quizzes, and papers. I encourage students to rewrite and resubmit all but the final paper to improve their writing skills (and their grade).

Graduate seminars typically focus on the close reading of a specific text (in Chinese) with secondary readings in Chinese and English. In the past, we have read Shuihu zhuan, Honglou meng and Jin Ping Mei. In 2001-02, I will teach two seminars, the first on Rulin waishi, and the second on short fiction. Graduate students are expected to write a research paper on a topic of their choice and present it to the class.