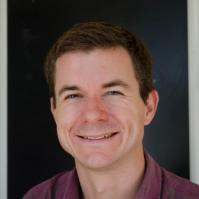 "The Sage and His Associates: Confucius and His Disciples Across Early Texts." In The Norton Critical Edition of The Analects. Edited by Michael Nylan. Translated by Simon Leys. New York: Norton, 2014: 178-91.

"Recasting the Court in Late Western Han: Rank, Duty, and Alliances in the Process of Institutional Change." In Chang'an 26 BCE: An Augustan Age in China, edited by Michael Nylan and Griet Vankeerberghen. Seattle: University of Washington Press, 2015: 239-62.

"How and Why Do We Praise the Emperor? Debating and Depicting a Late Western Han Court Audience." Journal of the Economic and Social History of the Orient. 60.5 (2017): 683-714.

[accepted] "Water Control and Policy-Making in the Shiji and Hanshu," forthcoming essay in a volume to be published by SUNY Press on technical expertise and historiography in Early China, edited by Michael Nylan and Mark Csikszentmihlayi.

[accepted] "From Secretive Rulers to Leaking Officials: Status and the Regulation of Confidentiality During the Qin and Han." forthcoming in Fragments: Interdisciplinary Approaches to the Study of Ancient and Medieval Pasts.